Начало / EN / We note the memory of St. Trendafil

We note the memory of St. Trendafil

Today we mark the memory of St. Triandafil. He was 18 years old, a native of Stara Zagora, and was a sailor when he suffered martyrdom for his Christian faith in Constantinople on 8th August.

His memory was celebrated on his day (Aug. 8th). Nicodemus of Agioirit reports that his life was written by the hieroglyphist Ioannis Kariofilis, but he also seems to have had it on hand to give it in his writings. Only two verses are preserved in honor of the martyr (as the Greeks do), which Nicodemus reigns in his Synakar:

Triandafil appears as a new trendafil,
bleeding from the flow of his blood.

For now, nothing else is known about this martyr. 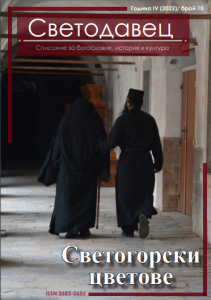