Yesterday Metropolitan of Ruse Naum together with  Bishop of Tiveriopol Tikhon, patriarchal vicar, held a memorial service in memory of the Metropolitan of Skopje Neophyte.

This year, 80 years have elapsed since his death.

Metropolitan Neophyte was born in 1870 in Ohrid, in the family of waking Bulgarians. His relative is Kuzman Shapkarev. He became a monk in 1900, served as chairman of the Bulgarian church communities in Doiran, Kukush and Thessaloniki, and in 1908 he was ordained in the Bulgarian church „St. Stefan“ in Istanbul as bishop with the title „Bregalnishki“. He is the last Bulgarian bishop in Skopje elected as such in 1910, subjected to numerous trials by anti-Bulgarian propaganda agents in Macedonia, and expelled from his diocese after the end of the First World War. In the following years Metropolitan Neophyte was the Delegate of Holy Synod at the Rila Monastery and managing the Bulgarian Dioceses in Edirne and Lozengrad. 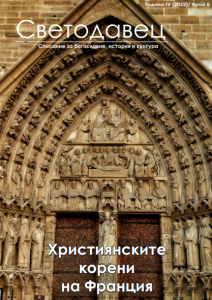