Vratsa welcomes the relics of St. Clement of Ohrid

The celebrations are under the auspices of the President of the National Assembly, Tsveta Karayancheva, and the organizers of the event are: the Diocese of Vratsa, the Municipality of Vratsa and the Regional Administration – Vratsa. On the occasion of the celebrations, His Holiness the Bulgarian Patriarch Neophyte, members of the Holy Synod, priests from other Local Orthodox Churches, as well as other officials and guests will arrive in the city.

The spiritual feast will begin on September 16, when at 5:00 pm at the “St. Sophronius of Vratsa” where will arrive the head of St. Clement of Ohrid. The relics is stored in the Greek monastery „St. John the Baptist”, near the city of Veria.

The holy relic will be brought by Metropolitan of Veria, Naus and Campaign Panteleimon. The relics will be welcomed by Metropolitan Gregory of Vratsa, followed by a solemnly vespers. Citizens will be able to worship the relics of the saint and ask for his intercession until September 19 at the same church.

On September 18 with Holy Liturgy and a prayer service to be officiated by His Holiness, Bulgarian Patriarch Neophyte, members of the Holy Synod, and priests from other local Orthodox churches. The Holy Liturgy will begin at 9.30 am at the church „St. Sophroni of Vratsa”. 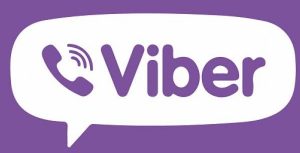