Начало / EN / The government has granted 500 000 leva to finish the Varna church „St. Procopius of Varna“

The government has granted 500 000 leva to finish the Varna church „St. Procopius of Varna“

At today’s meeting of the Council of Ministers,  BGN 500 000 were granted for finishing works of Varna temple „St. Procopius of Varna „. The money is granted after Prime Minister Boyko Borisov visited the new temple and talked to the Metropolitan of Varna and Veliki Preslav John.

Metropolitan John thanked the Prime Minister, saying: „I can cordially thank for everything that we have received over the years from Mr Borisov as Prime Minister and from Directorate of Religious Denominations and from Mr. Ivan Portnych, Mayor of Varna, who personally engages and for the sixth year we have a  help from the municipality amounting to one million four hundred thousand leva“, Metropolitan John said.

For the first time in a century, a new temple was built in Varna. There were hundreds of villagers involved in the donation campaign, but the temple still is not finished. The construction of the temple „St. Procopius of Varna“ lasts more than 10 years. 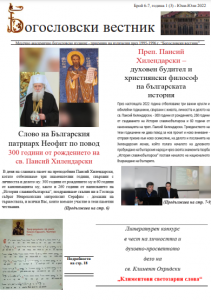