Начало / EN / Today we celebrate 140 years since the birth of Exarch Stefan.

Today we celebrate 140 years since the birth of Exarch Stefan.

The celebrations for the anniversary are in the village of Shiroka Laka, His Holiness Patriarch Neophyte turned to the attendants with sermon:

“Among the dozens of good hierarchs of our Orthodox Church in its history with a special light is the image of Our Blessed the Third Bulgarian Exarch Stefan: the image of a clever clergyman, an inspired theological and dedicated archipelago who has given all his strength and rich gifts to the benefit of the holy Church of Christ and his beloved people. Today, decades after his blissful outpouring, his image stands before us even more impressive to remind us how to serve the people, the Church and the Fatherland, and to establish us in our Christian faith and in the ministry we bear today in our efforts to be worthy heirs and successors of our great fathers and ancestors from the distant and recent past.”

Stefan  was a Bulgarian prelate. He was elected Metropolitan of Sofia in 1922 and, from 1945, also served as Exarch of the Bulgarian Orthodox Church. He actively contributed to the rescue of the Bulgarian Jews in World War II. 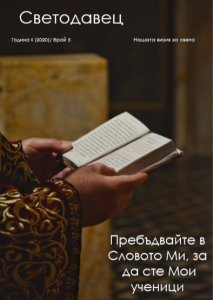