Начало / EN / Bulgaria prays for the 16 victims near Svoge

Bulgaria prays for the 16 victims near Svoge

In connection with the tragic incident of 25 August, near Svoge, 16 people were killed in a road accident, returning from a pilgrimage to the Seven Thrones Monastery.

The Sofia Metropolis reported that in all the temples of the Sofia Diocese on August 27 this year, – A day of national mourning, will be served Holy Liturgies  in memory of those who died by the following on the text below:

From the Metropolis call us to pray for the wounded and pray to God for the quick and successful recovery of all the injured.

We recall that a bus carrying pilgrims to the Seven Throne Monastery came back from the canvas, turned over and fell to a landing below the level of the road. 13 people were killed and three died later than their injuries. Twenty-seven people were injured. Four of those transported to Pirogov are at risk for life.

15 of the 16 victims of the tragedy near Svoge, which happened on August 25 are native village Svetovrachene. Among them is a 13-year-old child who traveled with her grandmother and uncle. The grandmother has died and her uncle is in serios condition at the Military Medical Academy in Sofia.

In the church in Svetovrachene, a Holy liturgy was celebrated today in memory of the victims of the bus crash. Shortly thereafter, a prayer for health and healing of the victims was also served. Tomorrow’s funeral begins. The mayor of the capital Yordanka Fandakova said that the relatives of the deceased will be compensated. Liturgies were served in most of the churches in Sofia. A candle also lit people who headed for the Seven Throne Monastery, from where people traveled, who lost their lives on the unfortunate day – 25 august.

Let the memory of our fellow countrymen be eternal! 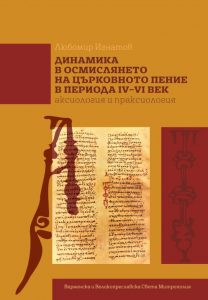