The Apostles St. Peter and Paul

On June 29 we celebrate the feast of Saints Peter and Paul, two men whose dedication to the formation and sustenance of Christianity in the first century A.D. made them true pillars of the Church.

Both men were chosen by Christ to minister to the world and both were given new names to mark their new life in Christ. They both embraced their martyrdom in Rome circa 67 A.D. On June 30 we also celebrate the Holy Apostles whose ministry to all ends of the known world spread the massage of God’s Word further. (Fast of the Holy Apostles is June 10-28!) Their resolve, commitment and enthusiasm gave our Church life and firm ground. We should look to them for inspiration as we work towards the support and growth of our Church. 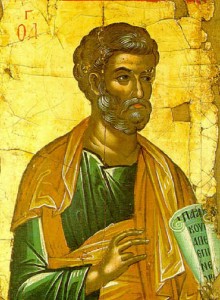 Simon first met Jesus through his brother Andrew, the first called Apostles. Both brothers were fishermen at the Sea of Galilea who gave up their work when Jesus told them. „I will make you fishers of men“ (Read Matthew 4:18-25 and 1:40-42).

In Matthew 16:16-19 Simon tells Jesus „You are the Christ, the Son of God“. And Jesus, pleased with his Disciple’s faith, blessed him with a sacred trust, „You are Peter (Petros) and on this rock I will build my Church and the gates of Hades shall not prevail against it“. Peter was with Jesus throughout his ministry. And just as Christ had foretold, Peter denied knowing the Lord upon His arrest for fear of being persecuted, but later repented.

After Christ’s Resurrection and Ascension and the grace of Pentecost, Peter helped foster the Christian community in Jerusalem. In Jerusalem Peter was arrested by the Jewish authorities, and an angel of the Lord freed him from prison (Acts 12). He journeyed throughout Asia Minor, Syria, Palestine and Italy teaching people about Christ. He performed many miracles of healing and resurrections as well (see the Book of Acts). He established the first church in Antioch and became its first bishop. In Rome he converted many to the faith.

Legend has it that when the great persecutions against Christians began in Rome at that time, Peter was advised to leave the city. On the road he saw Jesus heading in the opposite direction towards Rome. „Lord where are you going?“ Peter asked. Jesus responded, „I am going to be crucified a second time“. Peter realized his fate and returned to Rome where he was arrested and condemned upside down as he felt unworthy of the same punishment as his Lord.

Two of Peter’s letters, probably written during his imprisonment in Rome, are included in the New Testament.

Saul grew up in a devout Jewish family in Tarsus, Syria. He saw Christianity as a threat to Judaism and therefore was determined to eradicate it. He is first mentioned in Acts 7:58 as a zealous persecutor of Christians in Jerusalem. On his way to Damascus to arrest Christians and bring them back to Jerusalem, he was struck by a vision of heavenly light and fell to the ground (see Acts 9). „Saul, why are you persecuting Me?“ asked the Lord. „Who are You, Lord?“ Then the Lord said, „I am Jesus, whom you are persecuting“. Trembling and astonished, Saul asked, „Lord. what do You want me to do?““Arise and go into the city, and you will be told what you must do“. Saul was blinded from this holy light and remained so and in prayer Christian who followed the Lord’s command to find Saul, healed him and baptized him so that he would receive the Holy Spirit.

He changed his name to Paul. Paul began to preach to the people about Jesus and had to flee Damascus when the Jews plotted to kill him. In Jerusalem he tried to join the Apostles, but they were afraid of him, having known him as the harsh persecutor of Christians. But Barnabas and Paul went on many missionary travels together throughout Syria, Asia Minor, Cyprus and Greece. With others and on his own, Paul continued his ministry to the people in these lands again and traveled to Ephesus, Corinth, Athens, Thessalonica, Thrace, Crete, Malta, Sicily and Italy to Rome.

He was the greatest Apostolic missionary and is often referred to as the Apostle to the Gentiles. His great courage, stamina and fierce intelligence were the hallmarks of his ministry. As Fr. George Poulos notes in his Orthodox Saints series, Paul was a brilliant orator and writer, and he was sensitive to the needs and moods of various tribes of both Greek and near Eastern peoples. His extraordinary letters or epistles make up almost half of the New Testament.

In Rome Paul was arrested and  beheaded in 67 A.D. In his last letter, to Timothy, he states, „I have fought the good fight. I have finished the race, A have kept the faith“.